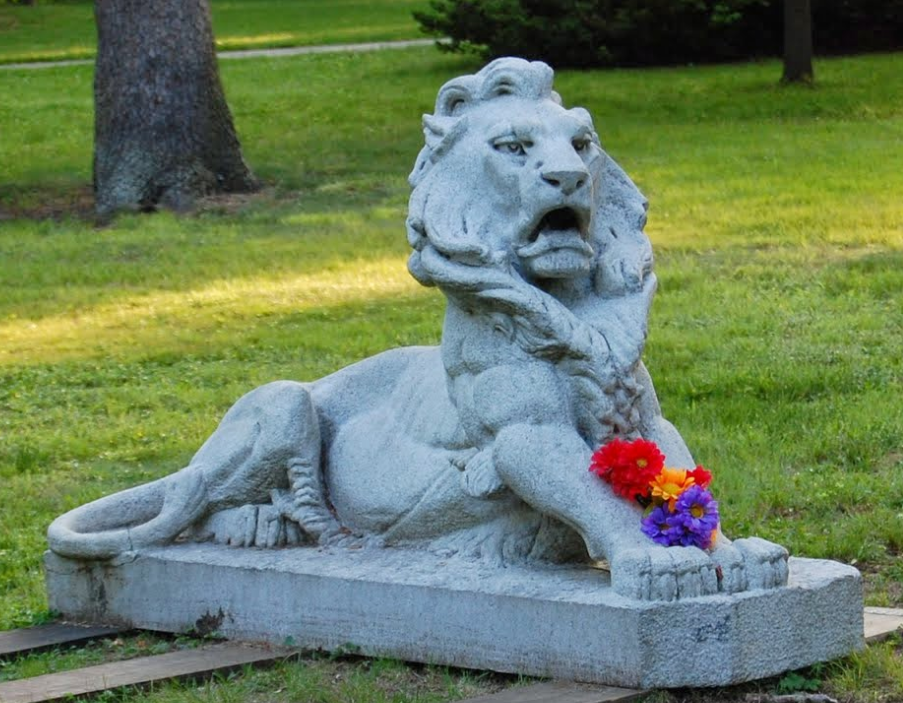 Larry Smith wrote: Here's a page from the booklet for the 2019 Community Picnic and History Scavanger Hunt that has a few interesting facts about the Comey house.

Bob Thomas wrote: This stone lion was on the grounds of the Comey house for around 90 years. It was for sale at auction at the Comey house and members of the Ramsay family thought it should remain in Wenonah, so they pooled their money and bought it. They donated the lion to the Wenonah Lions Club and it is on display in the Wenonah Park.